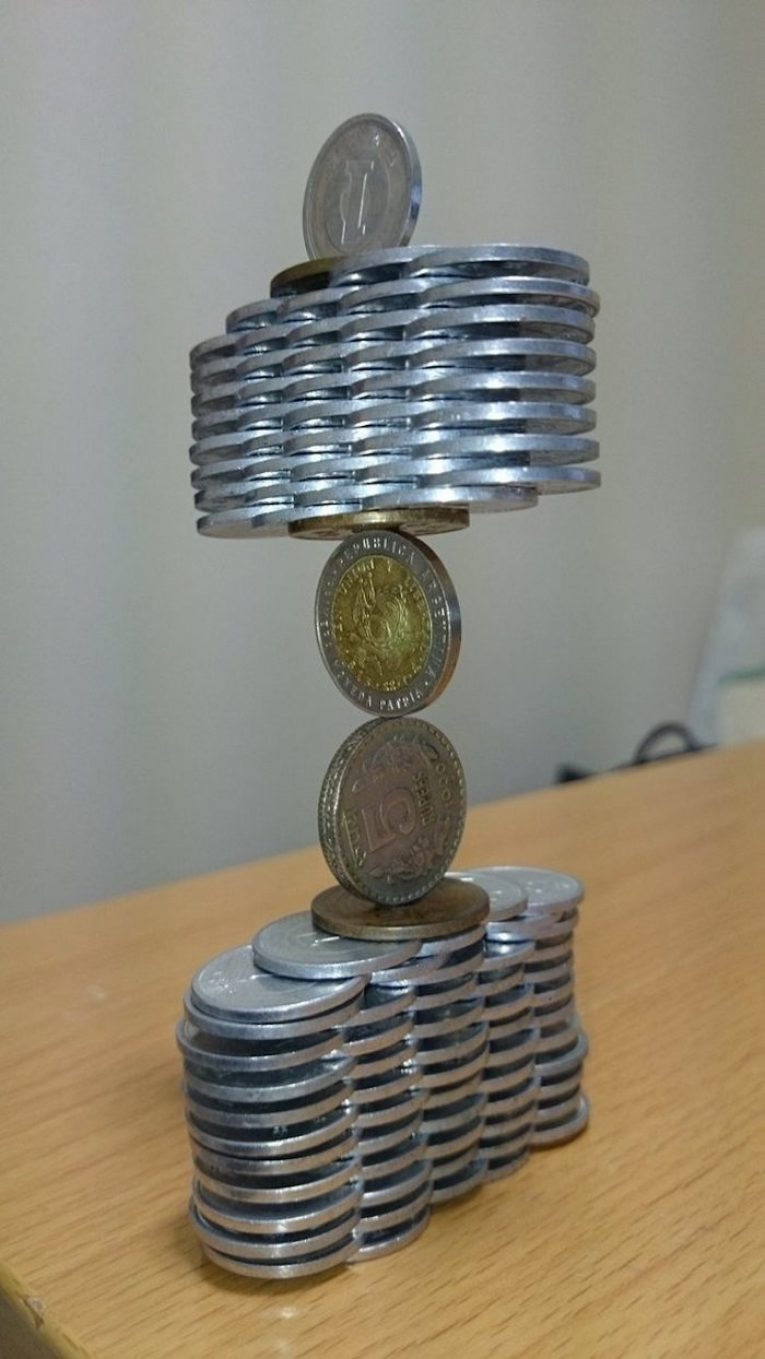 Most of you have probably tried to stack a few coins before. Maybe you have even balanced a few on their edges. But Aka Tanu (a japanese guy) takes coin stacking to a whole new level. He goes by the Twitter name @thumb_tani, and he treats his followers to regular pictures of the unbelievable stacking coins art that defy the law of gravity, that you won’t believe. Some of them will blow your mind and a few look downright impossible, but as Tanu demonstrates in the video below, his money magic is completely real and involves no camera-trickery. He might only be dealing with coins, but we’re sure you’ll agree that his skills are priceless.
More info: Twitter (h/t: mymodernmet) 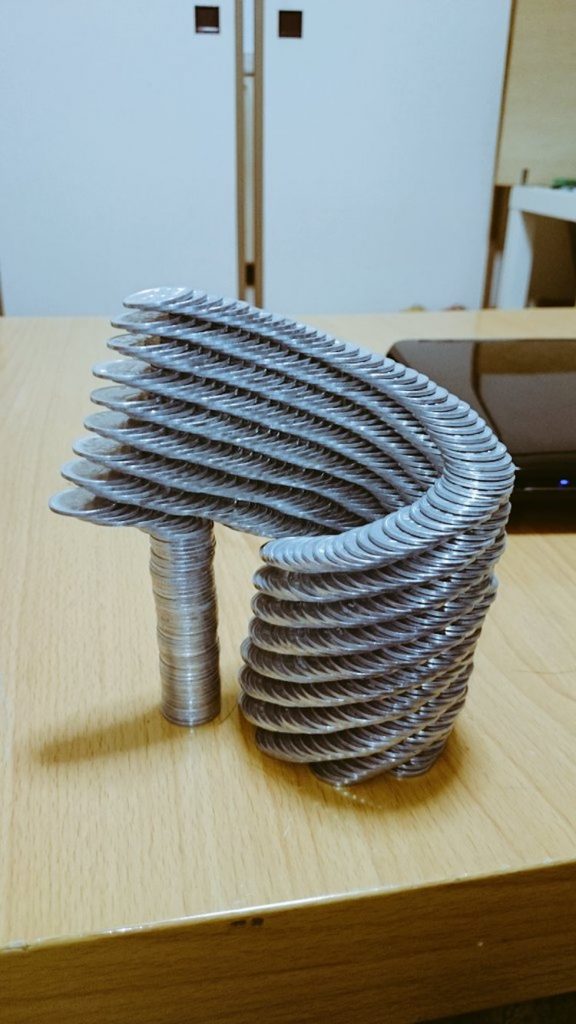 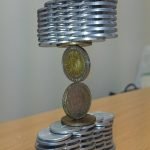