What were lions doing at the Tower of London?

In recent years, excavation of the moat surrounding the Tower of London revealed two skulls. The remains of torture victims perhaps? Out of favor noblemen who lost their heads? No. These are the skulls of two Barbary lions once indigenous to West Africa but now extinct. Carbon dating places them in about the 14th Century AD. How did these lions end up at the Tower of London? The secret will be revealed in Museum Secrets: Inside The Natural History Museum.

Until they were hunted to extinction, Barbary lions were highly prized for their unique features: a physique and temperament that set them apart from other more familiar African lions. Ancient Romans employed Barbary lions to fight gladiators in the Colosseum. Centuries later, kings and queens of England bred them as a living symbol of power. They were royal pets, kept in cages at the Tower of London, along with many other exotic animals

Extinct But Not Forgotten

We can’t show you real live Barbary lions because they’re extinct. So we invite you to meet their distant cousins: a pair of lions named Rock and Roar, currently living in a zoo in England. Curator Richard Sabin explains how these lions may help us understand the evolutionary journey of the Barbary lion in our Web Exclusive Video: Rock and Roar. 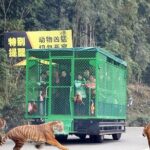 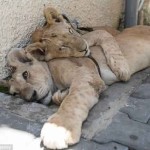 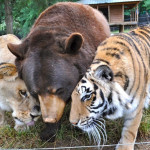 Bear, Tiger And Lion “Brothers” Refuse To Be Separated After 15 Years Together 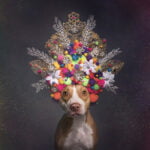 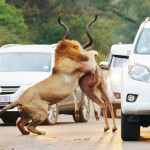 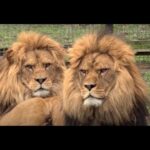