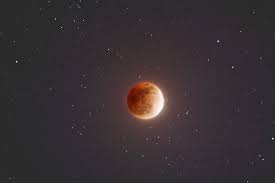 For the first time in more than 30 years, you can witness a supermoon in combination with a lunar eclipse. Late on Sept. 27, 2015, in the U.S. and much of the world, a total lunar eclipse will mask the moon’s larger-than-life face.

Watch NASA’s live stream from 8:00 p.m. until at least 11:30 p.m. EDT broadcast from Marshall Space Flight Center in Huntsville, Ala., with a live feed from the Griffith Observatory, Los Angeles, Calif. Mitzi Adams, a NASA solar physicist at Marshall will discuss the eclipse and answer questions from Twitter. To ask a question, use #askNASA.

Throughout human history, lunar eclipses have been viewed with awe and sometimes fear. Today, we know that a total lunar eclipse happens when the full moon passes through the darkest part of Earth’s shadow, the umbra.

Sunday’s supermoon eclipse will last 1 hour and 11 minutes, and will be visible to North and South America, Europe, Africa, and parts of West Asia and the eastern Pacific. Weather permitting, you can see the supermoon after nightfall, and the eclipse will cast it into shadow beginning at 8:11 p.m. EDT. The total eclipse starts at 10:11 p.m. EDT, peaking at 10:47 p.m. EDT. 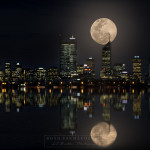 20 Stellar Supermoon Photos From Around The World 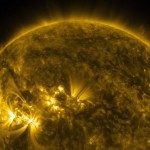 The Newest Ultra HD Video Of The Sun Taken By NASA 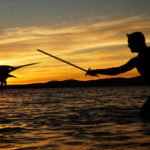 22 Perfectly Timed Photos That Will Make You Smile 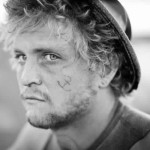 “Lost And Found”: Black & White Portraits Of People Who live A Transient Lifestyle – By Michael Joseph
Candleman: New candles made from a soy/paraffin wax mix, and appear like a human in deep mediation
Huge swarm of Britain's most famous military planes soar through blue skies at Yorkshire Air Show 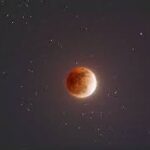